The Start of our Program:

GSML’s sea turtle research and conservation program, began in 1964, and is the third oldest program in the United States. GSML was an early advocate of providing legal protection when sea turtles were still commercially harvested. After passage of the federal Endangered Species Act, GSML coordinated with state and federal agencies and became the regional sea turtle rehabilitation center. GSML directors Jack and Anne Rudloe published a cover story in National Geographic Magazine featuring the program. 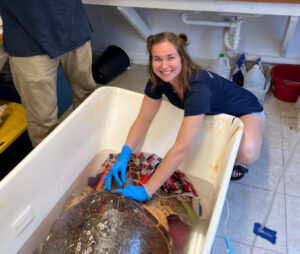 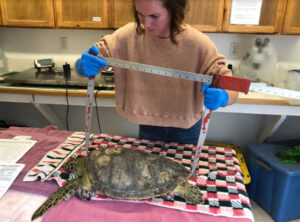 Our Sea Turtle Program today focuses on the rehabilitation of our sea turtle rescues. With every sea turtle call we receive, we prep our staff for whatever we may encounter, whether it be fibropapilloma tumors on a green sea turtle or red tide affected loggerheads and kemp’s ridleys. We also see accidental turtle catches by local fishermen.

Kemp’s ridley sea turtles are one of our most common rescue. We personally see more of this endangered species than any other sea turtle program. 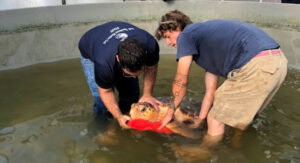 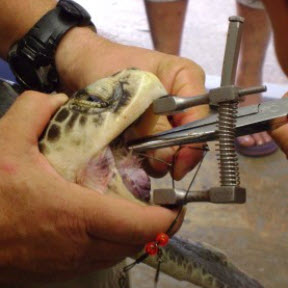 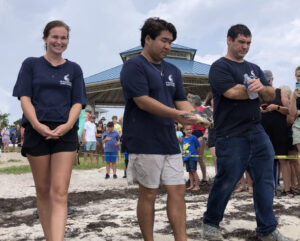 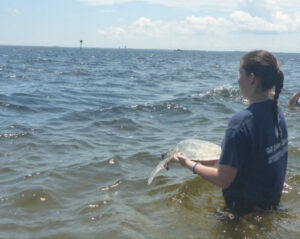 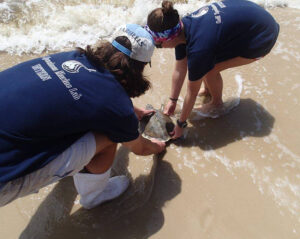 Gulf Specimen is proud to have public sea turtle releases whenever possible! We make sure all rescues are healthy before their release. This means they are swimming normally, breathing strongly, and feeding and actively seeking their food.

Here you can see six different turtles being released on different dates from years past. 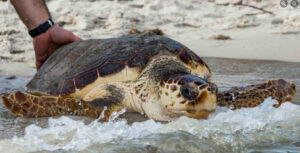 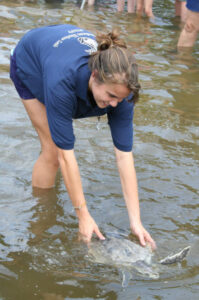 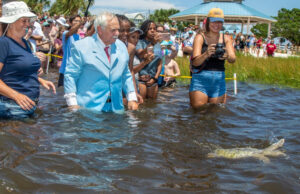 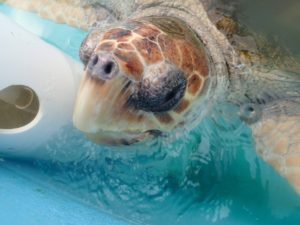 Lil’ Herc was kept at Marineland in St. Augustine for several years before moving to SeaWorld, eventually moving here to GSML in January of 2017. She has been in captivity for close to 20 years. She was struck by a boat, which blinded her, making her a permanent resident turtle utilized in teaching people about sea turtles and the impacts humans have on them.

Our sea turtle program is fully funded by donations. Without our donors, we would not be able to have the program we do and work with as many rescues as we do!

Please consider donating to help us continue our work and save as many turtles as we can!