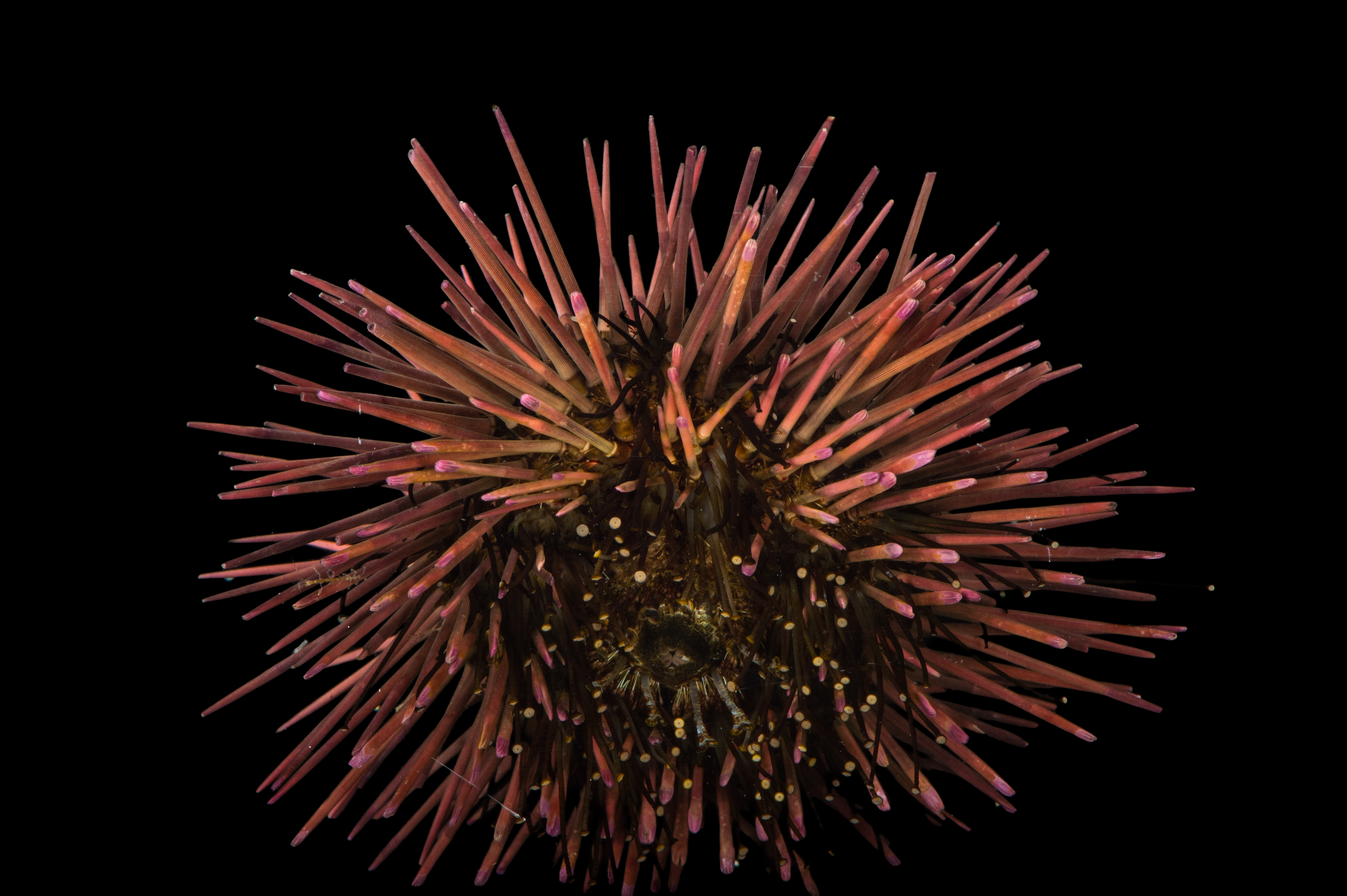 The National Science Foundation has created a wonderful interactive website on the sea urchin complete with anatomy, details on how to do the fertilization experiments, tutorials about microscopy and games.  There is also a section on teacher resources. Gulf Specimen has been listed by Stanford University as a sea urchin supplier. We highly recommend this exceptional free electronic educational resource. 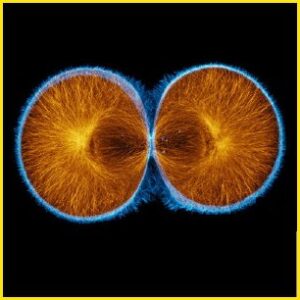 SEA URCHINS ARE ALWAYS IN STOCK 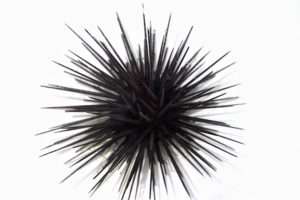 They have long formidable looking spines which rapidly moves about the aquarium. Their powerful teeth scrape away algae, and chew into sponges. Although they add action and beauty to the salt water aquarium, they have been classically used in embryology. Specimens are fertile January through March.

Handsomely pink and white, with an explosion of short spines emanating from a fat round body. Eggs are remarkably clear and easy to study, particularly for demonstrating mitotic spindles. Huge volumes of eggs can be produced from a single large specimen, hence it is also prized by seafood loving gourmets. Specimens are fertile March through October. 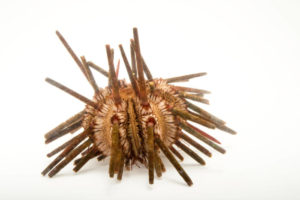 This sluggish, nocturnal sea urchin has thick, wooden like spines. It feeds primarily on algae and coral but they can feed on small invertebrates as well. They are a very hardy species and can range from a light brown to a reddish brown.

A large bag of preferred species (whichever species is available at the time of shipment) is collected and shipped in water. One bag per two dozen urchins is recommended for a month. 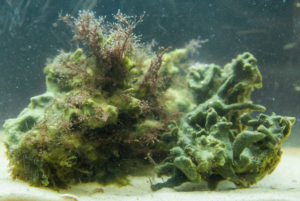 Arbacia loves to gnaw on the protein rich green tissues full of symbiotic algae. The sponge colony often stays alive until it is completely consumed.

Providing a routine supply of fertile, usable sea urchins for embryology is a cooperative venture between the scientific supplier and the researcher or teacher. Fertility is often a seasonal affair, governed by a variety of environmental factors. 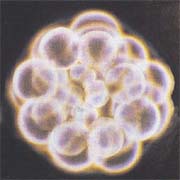 Arbacia punctulata is generally fertile during the colder months from mid January through April, and Lytechinus variegatus produces good eggs and sperm from May through September, and sometimes into October and November. However, there are transitional periods when one urchin is nearing the end of its season, and the other is just beginning. Unless otherwise specfied we will provide whichever sea urchin is more fertile at the time of shipment. The larger the quantity ordered, the better the chances of a successful fertilization experiment, since there are tremendous variations within any given population during these transitional periods.

During transition you are likely to get smaller volumes of sperm and eggs from each animal and likely to receive smaller percentages of cleavage. The urchins are more easily stressed and need more careful handling than usual, including acclimation. 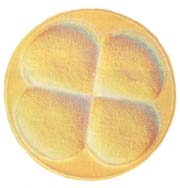 There may be an interval of a few weeks when both species are infertile, and we cease shipping. A phone call to check on current urchin fertility is advisable. We will be most happy to help you plan your lab around the time you are most likely to receive fertile urchins, but long range projections are anyone’s guess.

To insure that our urchins arrive alive, unbroken, and in a usable condition, they are carefully packed in several layers of plastic bags of seawater and charged with oxygen. During warmer weather, ice is packed to retard premature gamete discharge.

Care and Handling Of Arbacia and Lytechinus Eggs

1. Sea urchins can be easily held in the laboratory in running sea water or in clean aerated sea water.

2. The animals may be induced to spawn by several methods. The following has proven to be most effective. Prepare a solution of 0.5M K Cl. Isolate the animals. Inject the solution through the soft tissue surrounding the mouth, and if the “orange” eggs begin to appear, invert the animal over a fingerbowl of sea water. If the “white” sperm appears, collect it “dry” in a watchglass on wet ice.

3. Mix 0.2cc (about 2 drops) of sperm in about 10cc of sea water. You must use this within 10 minutes. Add two drops of this diluted sperm to a fingerbowl of sea water containing eggs and gently stir.

4. Sperm penetration is rapid and occurs anywhere on the egg. The temperature will determine the rate at which cleavage proceeds. The first cleavage occurs (at 20 degrees C.) in about 50-55 minutes, the second in 100 minutes and the third in about 145 minutes. 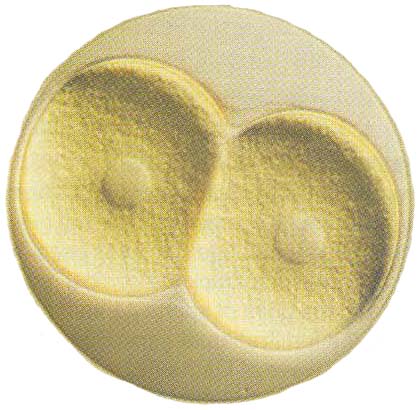 Sea urchins do well in a standard marine aquarium. A powerful outside filter that assures good circulation is recommended for quantities of 50 or more (one urchin per one gallon of sea water is an ideal density). As long as their spines are erect and they’re moving about the aquarium feeding, they’re in good condition. If water quality deteriorates, their spines will collapse.

Both Arbacia and Lytechinus eat ravenously, gnawing on blue green algae, sea grass, sarguassum weed and diatoms with their powerful teeth located in their complex Aristotle’s lantern. Leafy green algae such as Ulva or Enteromorpha make the best food. Lytechinus is one of the few direct consumers of turtle grass in the marine ecosystem. The size of the gonads are directly correlated with the relative abundance of food. To some extent urchins absorb free amino acids from the sea water, and hence may stay fertile when food sources are scarce. If marine algae is not available, chopped lettuce or vitamin E enriched grain made up in small cakes of agar and placed beneath the urchins will suffice.