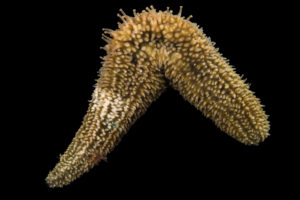 A practically indestructible mud-burrowing, thick-skinned holothurian that lives in a U-shaped burrow. Its bright red blood is a source of invertebrate hemoglobin. Recommended as a good laboratory dissection specimen. Doesn’t eviscerate. Size: 10-12 cm. 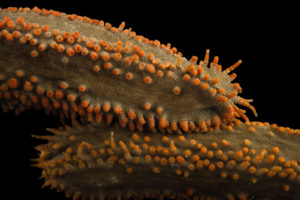 A small, brown holothurian which clings to rocks and seaweed with unusually large, highly modified tube feet. An abundance of ossicles in the body wall makes it stiffer than most other sea cucumbers. In the aquarium it will climb the glass to the water level at night. Periodically its crown of feathery black tentacles will emerge from the anterior end. Pentacta will not eviscerate when handled. Size: 4-6 cm. 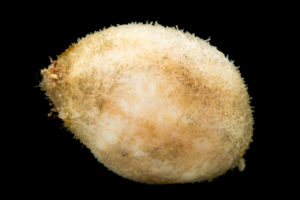 Occurs abundantly from Maine to Texas, and has been traditionally used for dissection and study. When contracted, it turns into a tight round turgid ball. Normally, they lie buried, with only their flowery crowns rising above the sand. 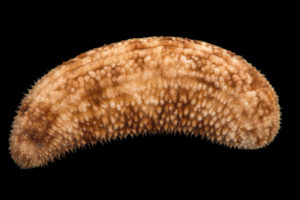 These sluggish sea cucumber are commonly mistaken as small rocks because of their small size. They can be found buried in mud where they may eviscerate if threatened or disturbed. 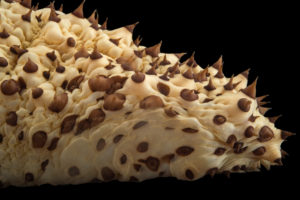 Grows to be the largest of all cucumbers in the Gulf of Mexico. This, and other large species, are dried and eaten in oriental countries. Lives in mud flats in deeper water offshore. Size: 12-18 cm.